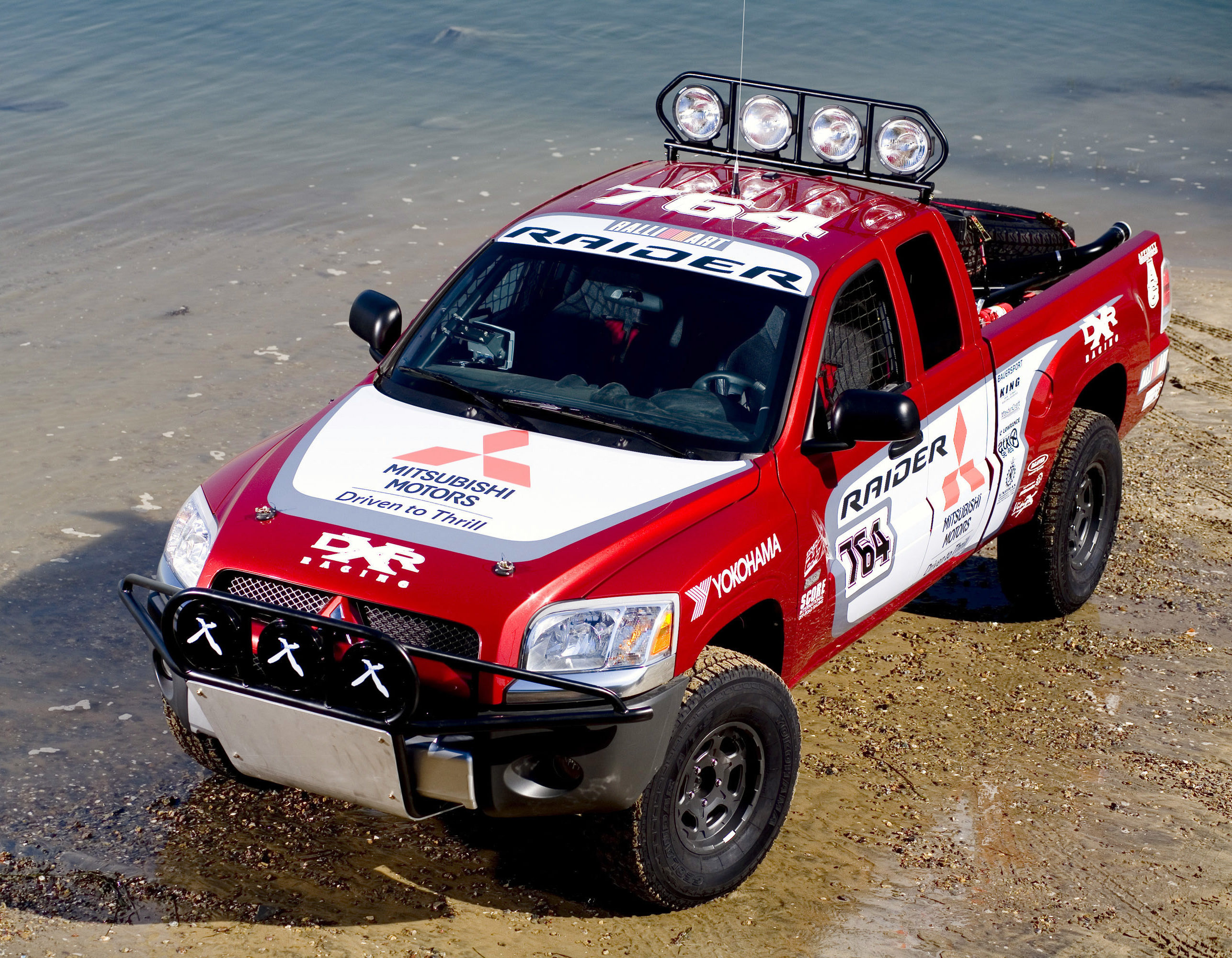 This Mitsubishi Raiser has a very special history. This truck was built by Dan Fresh of OC Motorsports with a factory backing from the Mitsubishi Racing Division in 2005. It raced in the Baja 1000 in 2006 under the Stock Mini Truck class and took 1st place in its class, finishing in 34 hours 36 minutes and 44 seconds. The truck returned to take 3rd place in 2007 and managed to improve both its time and average speed. Mitsubishi decided to end the sponsorship after the 2007 season, knowing the Raider line was to be sunsetted. The truck was eventually sold by Dan Fresh’s team.

The truck was purchased by Gary Helming of Fire Guys Racing and served as the chase truck for several of their vehicles in the Baja 1000 and numerous stateside races. One of their vehicles, piloted by Mark Murrell, went on to win the Baja 1000 in 2017 in the JeepSpeed class. The truck eventually was parked and sat for a few years. Gary was a veteran wild land firefighter of 22 years and US Forest Service battalion chief. In August of 2017 Gary was tragically killed in a car accident returning from the Railroad fire in the Los Padre’s National Forest. Gary’s death was an incredible loss to the firefighting and racing communities alike. He had an amazing outlook on life and positively affected so many people’s lives. He is survived by his wife Andrea and three young children.

When Gary originally purchased the Raider, BoostRodeo Josh was the one who picked it up and trailered it back for him. He had many fond memories of his uncle and the truck and Gary’s wife graciously offered it to Josh when it came up during a family visit. Josh scrambled to get a Uhaul trailer and make the 1300 mile trip home with an SUV full of kids and truck in tow.

Now BoostRodeo has the truck and it is an absolute blast! We are saddened at how it came to us as Gary was a truly irreplaceable influence in the world. We hope to honor him through the restoration of this truck, and share the joy it brings with anyone we can. We also might just have a few things in store to modernize it and make it better than ever…. Hopefully it will race again some day and maybe even claim a few more titles.