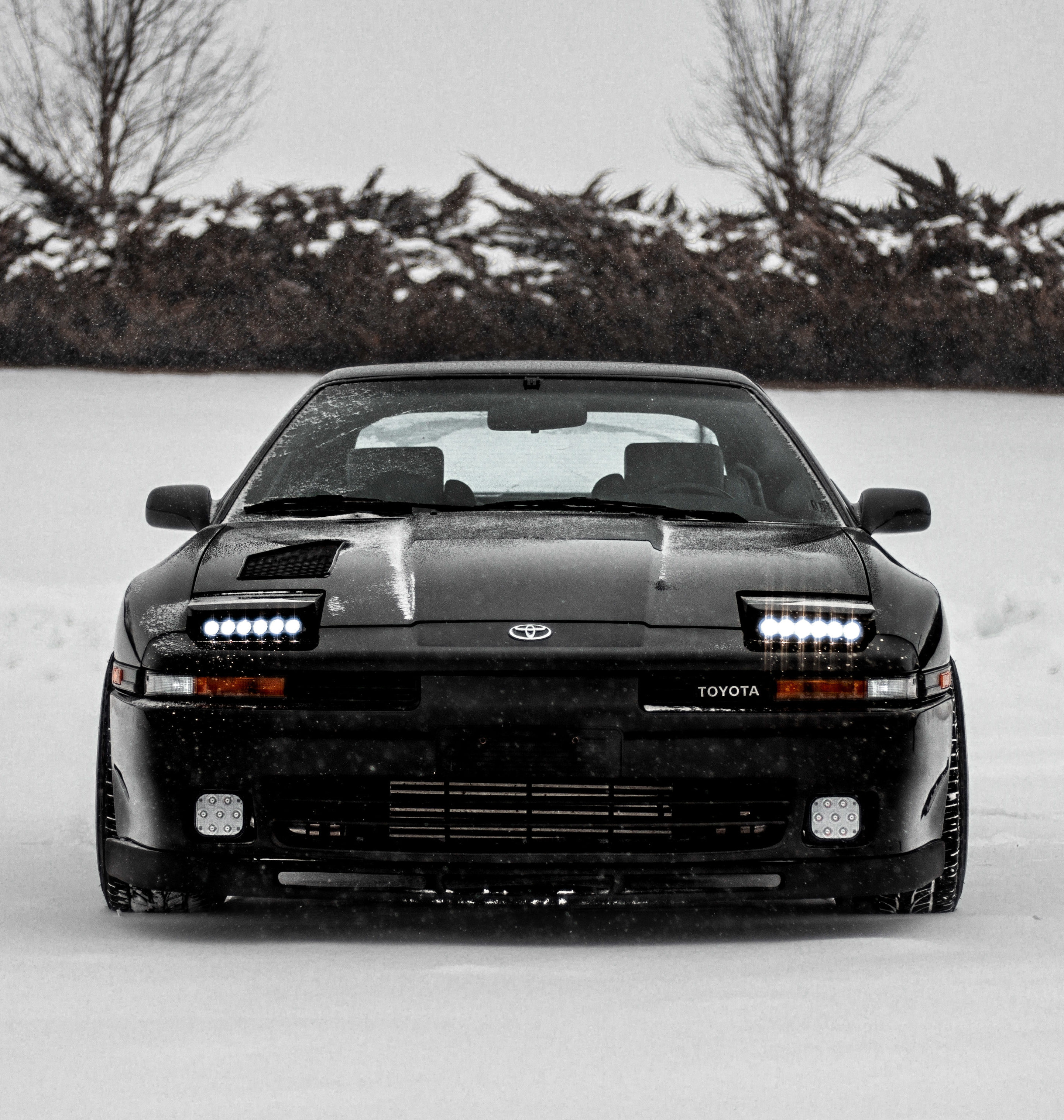 The third generation A70 Toyota Supra has always held a special place for me. As a kid I remember seeing a MKII around town. It was black P type with window louver and the iconic Supra decal across the base of the hatch. I dreamed about having one just like it someday. I researched everything I could about Supras which led me to the third and fourth generations. This was all before Fast and The Furious came out but the MKIV already was revered for its tune-ability among enthusiasts. The MKIII’s sleek design with its wide fenders and hips all wrapped in subtle iconic 80’s design queues really captured my heart. The interior was sleek and the long gauge cluster stretched out and wrapped around the driver. It’s sprinkled with retro futuristic tech like adjustable suspension, digital controls, progressive steering assist and I knew I wanted one. The fact that both the MKII and MKIII could be found for a few thousand or less unlike the fourth generation was also a huge plus for a kid dreaming about a first car.

Fast forward a few years and the Supra obsession had subsided a bit, until my younger brother came of driving age. One day he brought home a somewhat worse for ware 89 Turbo Targa 5spd as his first car. She wasn’t much to look at with a nonexistent clear coat common to neglected old Toyotas, and despite living a hard life after some maintenance it ran great and pulled hard. I helped him do the standard bolt on mods, apexi power intake, 3″ lipp turbo elbow and 3″ downpipe and custom exhaust. Next came shimming the wastegate and later a 2.5″ intercooler and pipes. The Supra addiction was back and I was on the hunt. I hunted for well over a year and saved every paycheck until I eventually purchased a very clean stock 89 Turbo Targa 5spd.

So many memories have been made with that 89 supra I named Delilah. I learned so much about working on and building engines, fabrication and tuning through the projects and maintenance I undertook on that car. I ended up in some ridiculous situations and met a lot of amazing people, some of which have become good friends. I have had the car for over a decade and despite sitting dormant for part of that, I never lost my obsession with it.

The biggest struggle was a desire for the car to do everything. If you have ever driven a solid MKIII you know they are one of the most enjoyable roadtrip cars of the era. The factory seats hug you and after several hours,  still feel great. The ride is smooth, planted, and only gets better the faster you go. There are few things better than cruising on a warm day with the targa off. However the urge to build a 1k whp monster was ever present and lead to A70 #2 and the car you are probably familiar with if you have long been with us for long. I eventually picked up my unicorn MKIII, 1992 Hardtop sunroof car and it was the the perfect chassis to build the monster I had always wanted while leaving the targa car comfortable and fully roadtrip capable.

The 1992 car dubbed Jazmine is the perfect configuration for a build, being a hardtop means the chassis is stiffer and lighter than its targa counterpart. Plus the sunroof is downright cool. I have long been a die hard 7M guy but building one to the moon is growing ever difficult with aftermarket support shrinking. Having a second Chassis was the perfect opportunity to try a 2JZ build guilt-free and still keep some heavenly 7M sounds in my life. Jazmine’s specs are below but there is much more in store for this car so stay tuned and make sure you subscribe to BoostRodeo Garage on YouTube and follow us on Instagram so you can catch it all.